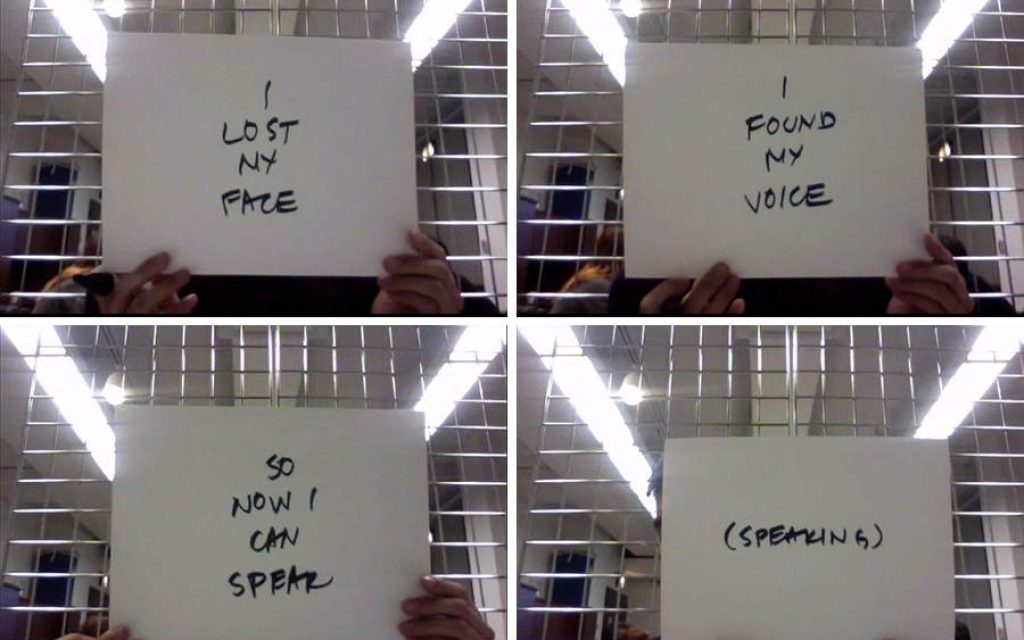 A presentation of performances from international resident artists Alex Mirutziu, Stephen Kwok, Luísa Nóbrega, and Syowia Kyambi. Performances will unfold in the house during the evening event, with the theme of translation as a central focus of the works. Throughout the evening, visitors will be able to encounter new performance and installation works by the artists in residence, in addition to a number of previous works on display.

There are three scheduled performances during the evening:

Alex Mirutziu’s new work Stay[s] against confusion draws source material from a collection of texts by American Poet Graham Foust. The work itself interrogates the tensions behind the content, form, and meaning of language and text. Working together with dancer Joshua Hubbard, Mirutziu has translated fragments of texts by Foust, printed in New Transport font by graphic designer Margaret Calvert, into a score for dance.

Stephen Kwok presents tools for a ‘decomposed cinema’, where narrative structure, sound effect, and stage lighting have broken down in to ineffective fragments. Members of the audience are invited to experiment with these component parts, exploring the possibilities and limitations of working with pre-determined content.

During her residency, Luísa Nóbrega has spent time going to classical singing classes and British sign language classes, developing two new skills in tandem. Luisa’s work is often derived from the friction that emerges in situations in which failures and lapses in communication emerge and language is on the verge of collapsing. Here Luisa presents her first live action of this long-term project in an attempt to clash the gestures of sign language and the high pitches of operatic singing while moving towards exhaustion, an awkward proposal to entangle two different forms of communication which are almost irreconcilable. Luísa Nóbrega will present Tsunami, where for eight hours she will stubbornly try to imitate the signing of the testimony of a deaf woman who survived a tsunami, while simultaneously trying to sing along with a soprano singing l’Extase (´The Extasis’) by Claude Debussy.

What happens to the authentic self when the process of building a nationalistic identity is created through the breaking down and rebuilding of a person? Syowia Kyambi‘s new work, Between Us: Spaces navigates questions of communal identity, the state, self-censorship and fear in relationship to the individual. How do people negotiate their own vulnerabilities; do we ever see our real selves if we don’t know the self, have never known it, how will it be recognised if one is constantly looking through someone else’s lens?