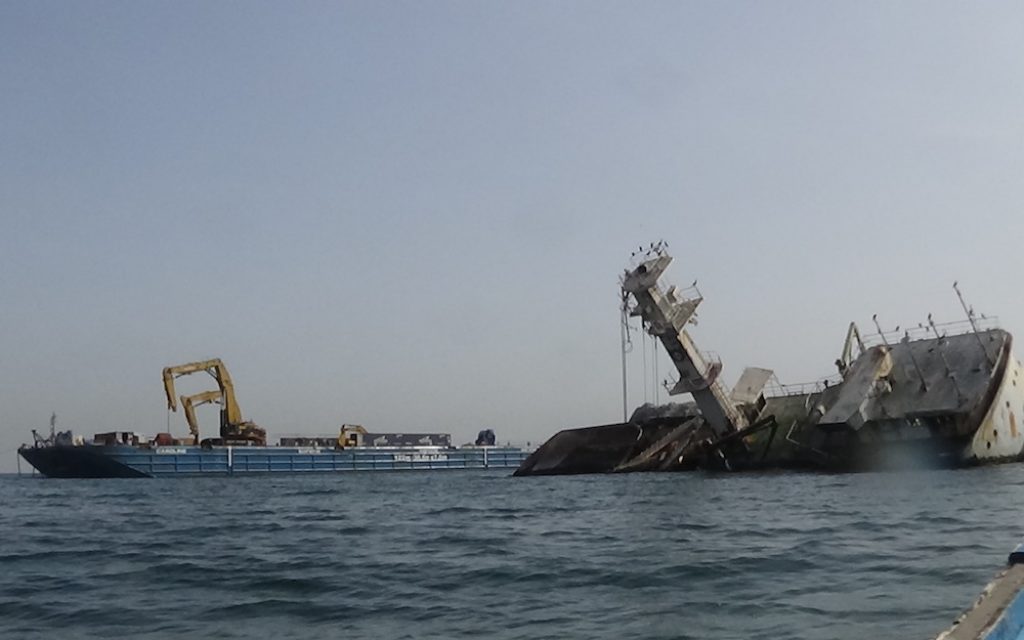 Ayesha Hameed presents a live audio-visual essay telling the story of the ‘ghost ship’, a twenty-foot boat, spotted off the south-eastern coast of Barbados on 29 April 2006.

On board the vessel eleven bodies were found by the coastguards, preserved and desiccated by the sun and salt water. The ship had been adrift for four months on the Atlantic Ocean, having set sail on Christmas day from Cape Verde, full of migrants from Senegal, Guinea Bissau, and Gambia, en route to the Canary Islands. Each of these men had paid £890 for their place on the boat.

Ayesha presents “an inadequate” telling of the story, which draws on the materials and tools at hand to make sense of the complicity of weather, ocean currents and state violence in the journey of this ship. Hovering between the film and the essay form is a questioning of the adequacy of the measuring of histories and affects connected to crossing, languages to make evident the materiality of the sea, and the both measurable and immeasurable horror contained in the figure of the ghost ship.

This event is part of Delfina Foundation’s thematic programme, The Public Domain. One of the four themes that define Delfina Foundation’s integrated residency and public programme, this latest iteration of The Public Domain is subtitled Gender, Power and Place, with ideas being explored through the season’s exhibition, events and residencies. The season’s public programme of events has been devised by Noor Afshan Mirza and Brad Butler alongside their autumn exhibition at Delfina, The Scar.

Ayesha Hameed’s moving image, performance and written work explore contemporary borders and migration, and visual cultures of the Black Atlantic. Her projects Black Atlantis and A Rough History (of the destruction of fingerprints) have been performed and exhibited internationally. She is the co-editor of Futures and Fictions (Repeater 2017), which was nominated for a 2018 International Center of Photography’s Infinity Award in the Critical Writing and Research category. She is currently the Programme Leader for the MA in Contemporary Art Theory in the Department of Visual Cultures at Goldsmiths University of London.